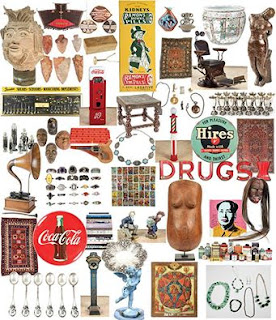 Bernie and I thought we'd shoot up to Philly to pick up some great stuff he'd gotten at an auction. Stuff for his home. Yes, always looking for ourselves. not for the shop and in this case it we went for a . We were also going to check out an auction in the Philly area. So at 4 am I get my wake-up call, Bernie whizzes over and I put the address into what Bernie calls the "gips," that Berniespeak for GPS. It sets the route for us, and we're on our way.

I don't have to tell you this early in the morning is very . Bernie has on his signature ball cap and plaid shirt, I'm in my many layers and hoodie, dreads roped by a pale green , just in case my ears get cold when Bernie lowers the window on the highway to let out cigarette smoke. Neither of us is smiling at this hour. But inwardly were happy for the potential adventure ahead.

I'm napping  off and on most of . My daughter, Brigette had got married just a few days before, and I'm feeling like a ton of bricks hit me. I leave the gps to do most of my chatting with Bernie for the next hour or so, and it seems to work out. He affectionately names the GPS "Larry."

I wake up to assess our progress. New Stanton... Breezewood, (Zzzz) Somerset, Valley Forge road signs connect with my bleary eyes. We are soon stopping at the auction house where Bernie is presented with a lovely but small sculpture, and a few nearly packaged photos.


"They looked bigger on online, Christine," he tells me with a chuckle. Everything looks bigger online. Even the a lithograph I ordered on Ebay showed up in  package ever. Other expectations of what you expect and then don't get into my mind. 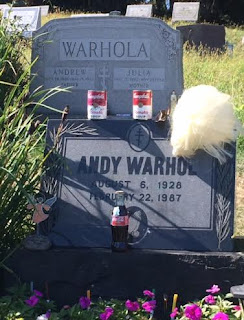 I recall another recent road trip when Bernie made a stop, mid point, to show me the final resting place of Andy Warhol.  I , it was so mundane a grave site after all the colorful things I've heard or read about him. No major , a crypt or even  a psychedelic sarcophagus.  If someone hadn't put the white wig and Campbell's soup cans on the headstone, it could easily go unnoticed.  The stone was and sooooo ordinary. I wonder if it would have bothered Andy to be put away in such a, well, dignified manner? One thing that was completely , Well placed security cameras angled right at his grave, Lest some  even consider messing with the already mussed wig.

Posted by greenartists at 1:45 PM 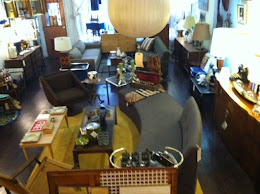